Friday, March 30, 2012 - The day of my sweet Olivia's Funeral, yes, FUNERAL.  I didn't even want to wake up for this day.  I was still hoping to wake up from this nightmare.    But, we woke up to our reality.  Olivia is dead and this is the day we said good-bye to her forever.

First thing, we got ourselves ready.  I don't know if I brushed my hair or my teeth.  Frankly, I didn't care.  t did know that tI had on clothes.  I was numb.  I was trembling.  I was just lost and broken.  Next, we had to get Ainsley dressed for her big sister's funeral.  Ainsley, 2 ays into being a 2-year old, had no idea what was going on.  We told her that we were going to church.  We needed to be at the funeral home first to say our final good-bye and we were the last ones to arrive.  I didn't know why we were late but I did know that we didn't know what we were doing.....  another out of body experience, I guess.  We rushed into the funeral home and threw Ainsley onto someone's lap, handed that person a cup of her favorite yogurt and a spoon.   Erick and I walked into the room where eOlivia was laying.  I could feel everyone's eyes on us.  I moved in slow motion.  I wanted to crawl up into the casket with her and have them close it with us both inside.  Instead, I kissed her and caressed her gently for the very last time.   When I think about that term, "very last time", it just makes my whole body feel weak.  That was it - it would never happen again.  I would never have a hug from her, never braid her hair, never help her with homework or watch her play soccer.  Never, never never, have her walk into a room and brighten my day.  My life with Olivia present was OVER. 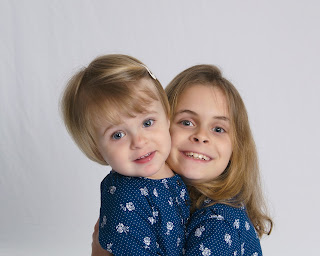 Ainsley never did see her sister again after the morning of March 23rd.

Erick, Ainsley, my Mother-in-law, and myself got into our Saturn Outlook - The car that we upgraded to for it's bigger size.  Olivia was getting older and we needed room for her and her friends to be transported around.  Olivia's seat was no longer her seat.  When I looked over my left should and into the back of the car, I would never see her sitting there.  Instead my mother-in-law is sitting there while we drove her to her granddaughter's funeral.

Everything about that day was terrible.  I mean, what could possibly be good about the day of your child's funeral?  But, following a hearse  with your daughter's casket in the back was......  indescribable.   To this day, when  we drive on that same road that leads to our church and pass the ugly water tower that sits up on the right, I feel sick.   It brings me back to that moment...... to that vision.

Posted by Liv Strong at 1:59 PM No comments: