Olivia died one month shy of her 9th birthday.  To celebrate her birthday, she had decided that the would take a few of her friends to  a movie theater party to see the Disney Earth film, "Chimpanzee".  I had reserved the date and put a deposit down.

At home, during the middle of March, we were also in the midst of switching bedrooms.  Olivia had the smallest room and Ainsley was in the largest bedroom .   Actually, Ainsley was in the master bedroom.  Weird, right?  When we purcased  our home, it was only the 3 of us.  We had no idea that we would welcome Ainsley 16 months after we moved into our split level home in Springdale.  Two of the bedrooms were on the main living area of the home and there was one downstairs (with a full bathroom).  Actually, we have 3 full bathrooms in our house.  Some would say that's really convenient but I don't like to clean three bathrooms.  For the first 16 months of living here, Erick and I oppupied the master suite and Olivia was right accross the hallway in her "Wizard of Oz"  themed room.  It was all decor from our old home in Edgewood but she still loved it.

So, when we found out that we were expecting in August of 2009, we had to make some changes to our sleeping arrangements!  We weren't comfortable putting a child's bedroom downstairs so we moved our bedroom there and put a crib in the master bedroom.  Yes, going up and down steps a few times a night for feedings wasn't all that fun.  But, it all worked for us.  Before Ainsley's birth, we had alreay transitioned ourselves downstairs.  Along with the crib, I also had a twin bed in the "master" bedroom  thinking that once Ainsley got a little older, Olivia may want to bunk up with her.

Ainsley was turning 2 and we thought it was time to give Olivia the "baster" bedroom.  Erick and Olivia were in the middle of painting the walls a beautiful lavender color.  I was having fun ordering new curtains, comforters, and wall decor.  I also was designing a desk with my friend Dan that would be shaped like a dog house.  Of course, right?  Her room would be a dog theme.  I had everything ordered and delivered, even a new carpet.   We were just waiting for the walls to be completed.  Unfortunately, she never did get to see that desk (nor did I).  WE never go to see the finished  bedroom.  I can still invision it in my head; two twin beds with bright yello comforters, acsents of teal blue throughout the room.....   a very femenin stake on a dog room.

My mother-in-law was thoughtful and I guess proactive.  She offered to return the comforters and curtains for me after Olivia's passing so that they weren't an additional reminder of the loss.

As for the movie,  My girlfriend went to  the movie theater and cancelled her birthday party.....  they refunded my money  knowing the reason why for the cancellation. 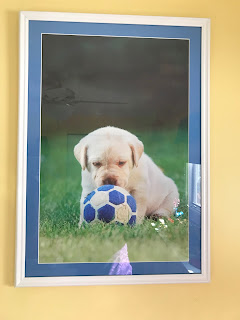 I did keep the picture that I ordered for her room.  It now hangs in Ainsley's room (Olivia's original room).

Eventually, Erick and I moved into the master bedroom and Ainsley moved into Olivia's original room  but not until Ainsley turned four.  We kept that beautiful lavender paint color on the walls as a reminder of the her presence and joy.

Posted by Liv Strong at 8:58 AM No comments:

The morning after Olivia's funeral started out cool and cloudy, and over all gray day.  I guess you can say that it was the perfect description of my own feelings.

It was time to start our lives as a new family.  A family that had experienced loss.  A family that would wake up every single morning to the reality that Olivia was no longer here with us.  Wow, this reality sucks.

Erick and I had to continue to be parents to Ainsley even though every moment it hurt and was, in all honesty, fake at times...  forced.   The past week had been filled with visitors to keep us company and to keep our minds off of what the hell just happened to our world.    But, this morning, there was no one but the three of us.  The silence was deafening.   I wanted Olivia's bedroom door to fly open and our days to resume to the way they were a week ago.  I wanted Olivia to  put her baby sister into that empty laundry basket and pull her around the house as if she was pulling a sleigh.  I wanted my life back, the one when I had TWO daughters. 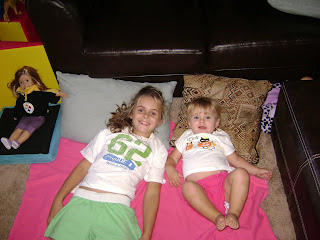 As he always did and still does, Erick knew that we couldn't sit in our house and feel sorry for ourselves so he decided that we'd take Ainsley to a playground.  Oh goodie!  Can you sense the sarcasm?

Ainsley played and ran around  like there was nothing missing in her world, like any "normal"  2 year old little girl would do.  I, however, was uninvolved, silent, removed, .......  dead inside.    This wasn't where I wanted to be on this ugly cool  day on the last day of the Godawful month.

What choice did we have though?   We were parents of a little girl who no longer had a big sister.  She was also a little girl who needed her mommy and daddy.  So that day was the beginning of our new lives.  Lives without Olivia.